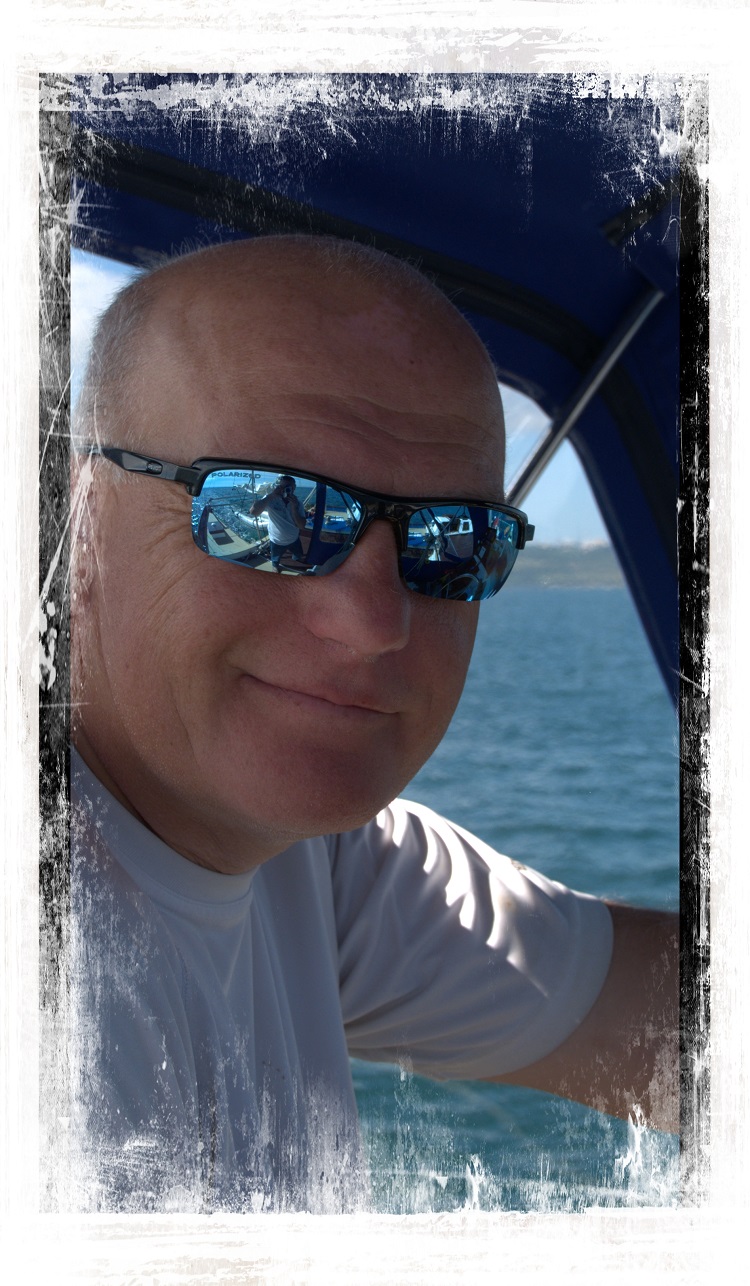 With only 10 years sailing experience, Russell has managed to sail over 60,000 Nm around the planet including making seven crossings of the world’s oceans.  With a grounding in seamanship from the training he received from Clipper Ventures, he knows that you have to look after the yacht in order to allow it to look after you.

After acting as the first mate on Ben’s 2016 attempt he’ll fulfil the same role this time around, deputising for the skipper when necessary and keeping on top of all the preventative and scheduled maintenance tasks to ensure the yacht Xenios gets to Brazil. Before all of this, Russell will be overseeing the Yacht’s fitout to expedition specification and delivery to Senegal. Russell’s favourite memory of the first attempt was actually on the delivery from the UK down to Senegal where on a solo night watch with only the light from the stars and moon to see by, a pod of adult and baby whales swam silently passed just 10 metres away, along the side of the yacht.  At that point he felt both honoured and excited to see nature in all her majesty yet felt incredibly small and insignificant.

It completely bewilders Russell as to why any normal person would want to get off of a perfectly good yacht every day for 200 days to go swimming. Yet despite not understanding it, he’s once again going to help Ben fulfil his challenge to become the first man to swim every mile of the Atlantic Ocean.  Russell said, “very few people get to be marooned on a small yacht for 200 days with only the same seven shipmates and I expect to learn more about myself as a result of this experience.” 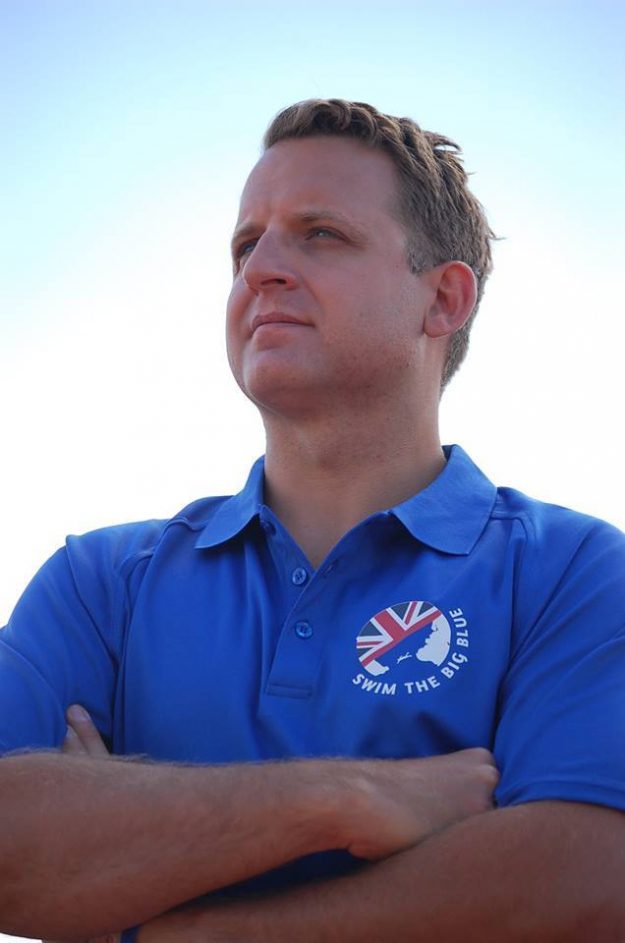 Ben was born six-weeks early and clinically died twice in Lewisham NICU, London, United Kingdom and as a child moved within the UK and EU with his family and the British Army. As an adult Ben has served with the military, police and worked within mental health and Psychology. In his spare time, he writes fiction and is an Open Water PADI scuba diver. His love of open water and swimming is second only to being a father.

However, Ben's inspirational story of surviving premature birth, collapsed lungs and death in ICU at birth, is highlighted further by his surviving a drowning incident at five-years of age in a swimming pool in Belgium, which only served to enthuse him and drive on his love of water and the sea. Swimming seemed a positive thing and during his teen years, Ben took part in a few long-distance swims for charity and recreationally trained in the pool, with running and golf being his other passions. Yet as adulthood dawned, he moved to training for distance swimming, middle distance running and eventually, a period of triathlon amateur competition.

Later, whilst living in Fuerteventura, he turned his focus to spending more time in the swimming pool and sea for mental health, self-care, scuba and long- distance swimming to overcome depression.

Ben is the only human to hold the first, verified attempt to swim The Atlantic Ocean in full (WOWSA, 2017).

Ben is an ordinary person out to achieve the extraordinary and with the lessons learnt from STBB1, he is ready and capable of achieving the world’s first full swim of The Atlantic Ocean. Every single mile, Africa-Brazil, to inspire our world, our children, raise funds for charity and with ground breaking ocean and physiology research contribute to humanity and show that truly, an ordinary person can achieve the extraordinary. 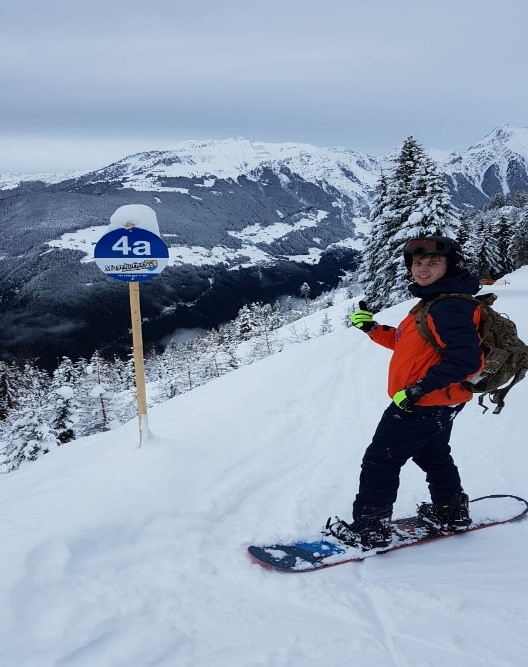 Matthew is a current serving member of the British Army. During his 10 years of service, Matthew has travelled all over the world, competing in various sporting events and almost satisfying his thirst for new adventures. As well as the fun side of the British Army, Matthew has had to get serious and conduct some of the most difficult jobs; most notably being deployed overseas as Lead Searcher forming part of an Explosive Ordnance Disposal - Team (EOD-T).

Matthew has also trained as a fitness instructor, possesses medical training and a love of adventure. Matthew also has a real love of snowboarding and boxing doing both in his spare time and with the Army.

Keeping himself fit includes kayaking, gym and more, and to Matthew, maintaining a healthy body is very important as well as spending time with his son. When asked of his motivations to join Swim The Big Blue, Matthew replied. “Ben’s entire record attempt is a massive opportunity that I would never want to miss out on; and as a keen adventure seeking individual, whose mum is also part of the team, I couldn’t be more thrilled at being included in this historic world-first swim challenge.”

I am a daughter, mother (yes, Matthew is my son) sister and most recently a grandmother to four little beans.

At age 40 I left the banking world, retrained as a paramedic and worked for Scottish Ambulance service for 15 years as front line A&E as both part of a two man crew and as single crew rapid response; a job that that was both rewarding and challenging. In the words of my father “When you love what you do it is not a job”.

I am an HCPC registered paramedic with 20 years experience and trained in expedition and marine medicine to an appropriate level that means I can support Ben and the team to achieve this historic first. My other skills include; pre-hospital trauma life support; advanced cardiac life support; advanced airway management; CPR. I also worked in training and mentoring of trainee technicians and paramedics. I assisted with the training of traffic police officers in “first on scene” protocol at Road traffic and major incidents and hold D33 and D34 trainer of trainers and assessing trainers certificates. I was medical officer on STBB1 in 2016.

After I joined the crew of STBB1 at the last minute in 2016, I wondered what I had got myself into; not one to shy away from a challenge I quickly settled into the routine of the swim. There are five people who know that it is possible, the five people who got across the Atlantic and helped Ben set the the first verified swim attempt. When the call came to see if I was up for STBB2 re-attempt in 2022, I willingly jumped at the chance.

Having worked hard to raise and inspire my own children, to teach them nothing is impossible if you work hard, I want to inspire the next generation to do the same. Inspiration comes from many different situations and people; it is recognising it and having the courage to just do it. The hardest step is always the first one… 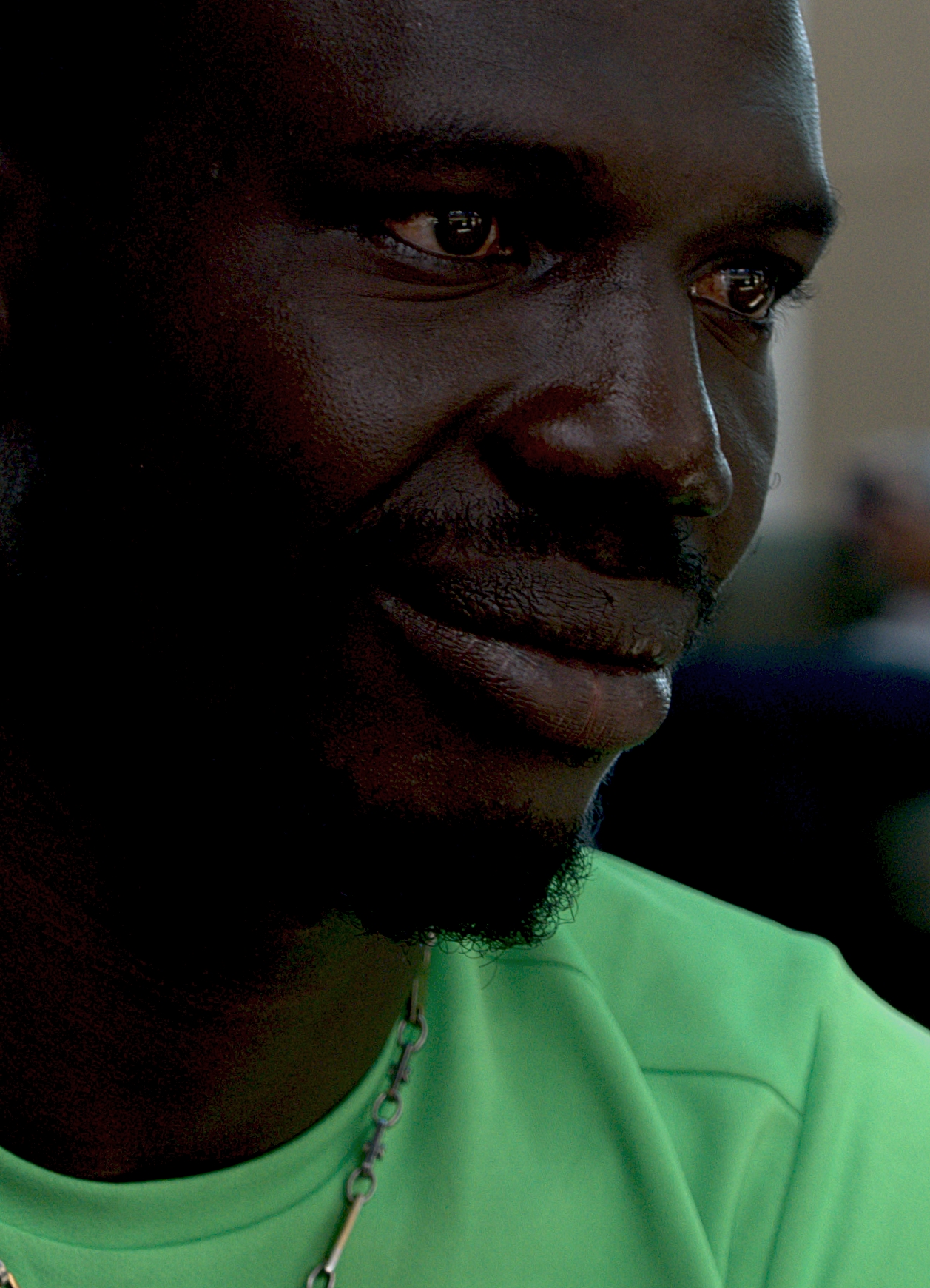 Sene is a husband, father and wonderful friend. He has spent his entire life on the waters off of Senegal and deep into The Atlantic Ocean. Both as a young fisherman, sailor and later training in ocean kayaking, water sports and swimming.

Sene was the STBB1 Kayaker and crucial to the team structure and will be with us in 2022. 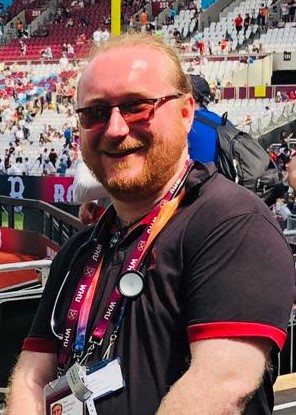 "After the travails and stresses of the Coronavirus pandemic, Ben's expedition to swim the Atlantic offers a new and exciting opportunity to be involved in a first for humanity, both in supporting with pre-expedition medical planning and providing land based medical support during the swim itself.”